Was German intelligence correct about the Lusitania?

I read an interesting article which discusses recent findings that reveal that the cruise ship Lusitania, whose sinking propelled the US into World War I, was actually carrying arms despite Allied claims denying it. Here is a portion of it:

Her sinking with the loss of almost 1,200 lives caused such outrage that it propelled the U.S. into the First World War.

But now divers have revealed a dark secret about the cargo carried by the Lusitania on its final journey in May 1915.

Munitions they found in the hold suggest that the Germans had been right all along in claiming the ship was carrying war materials and was a legitimate military target.

The Cunard vessel, steaming from New York to Liverpool, was sunk eight miles off the Irish coast by a U-boat.

Maintaining that the Lusitania was solely a passenger vessel, the British quickly accused the ‘Pirate Hun’ of slaughtering civilians.

The disaster was used to whip up anti-German anger, especially in the U.S., where 128 of the 1,198 victims came from.

A hundred of the dead were children, many of them under two.

Robert Lansing, the U.S. secretary of state, later wrote that the sinking gave him the ‘conviction we would ultimately become the ally of Britain’.

Americans were even told, falsely, that German children were given a day off school to celebrate the sinking of the Lusitania.

The disaster inspired a multitude of recruitment posters demanding vengeance for the victims. 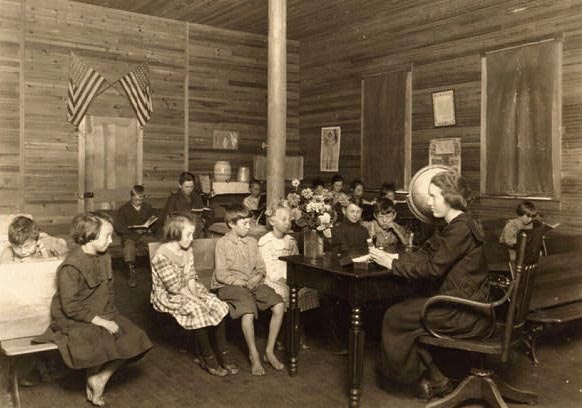 There are many towns throughout the American west which serve as excellent examples of what a mining “boom town” was like. South Pass City, Wyoming is one such town. It is a relatively rare example, however, in that it has survived practically unchanged into the present and as such can better relate its story to…