In the woods in southern Oregon, a man quietly stalks a deer. The summer weather is brutally hot and he sweats profusely. The man is careful to avoid making any sort of noise and is weary not to let his game out of sight. The deer stops in a small clearing and it is the perfect opportunity to strike. The man raises his bow and prepares it with an arrow as he gets ready to shoot. It is vitally important that he does not miss as the deer will provide food for the women and children of his village and the pelt will provide clothing. His thoughts are a blur as he takes aim and lets the arrow go. The time seems to last a small eternity until the arrow finally reaches its deadly mark. The man is a young hunter belonging to the Modocs.

When asked about the Modocs, most people will say they have not heard of them. Compared to better known Native American tribes such as the Cherokees, Apache and Arapahos, the Modocs are a relatively small and mysterious tribe, but their story is nonetheless quite interesting.

Tucked away in the northwest corner of the United States, generations of Modocs lived, hunted and battled for centuries. The Modocs lived in the range from south-central Oregon to northern California, but they primarily lived around Tule Lake (see map) where they fished and ate waterfowl. Gathering was also an important part of the Modoc diet. They gathered camas root, wocus seed and other wild plants and during the summer months they also hunted deer, antelope and bighorn sheep in the high country. Eventually the Modocs adopted some of the ways of the white men such as cattle ranching and they even began working vocational jobs in Fort Klamath, Linkville, Jacksonville and Yreka. For the Modocs, to own horses as a sign of wealth that only those who were in a position of power or earned money from the white men could afford.

The Modoc tribe called themselves the Maklaks. They were part of the Klamath tribes of the northwest and spoke a language of Penution origin. Before 1800 they were part of the Lulacas tribe, but because of an internal dispute about tribute to the chief, the Modocs broke away to form their own tribe. Their villages were mostly autonomous and each had their own leaders, shamans and medicine men, however, when war was upon them, the villages would unite to fight for the common cause against the enemy. During the winter, they would live in earth-covered lodges, or “pit houses,” but the poorer families who couldn’t afford such lodges would live in mat-covered houses. In summer, they lived in domed houses made of poles and matting or lean-tos made of brush. An important part of every village was the sweathouses which served as a community center. Here both men and women would gather for prayer, religious activities and for recreation.

Everything began to go downhill for the Modocs when the first contact with the white men was established. In 1826, the Hundon’s Bay Company trading brigade established a trading station on the Dalles of the Columbia where slave trading was quite common. The Modocs received horses, firearms, clothing and other goods from the white men as payment for helping with the trading business and in exchange for slaves. Finding the trading business quite fruitful, the Modocs began to establish trading businesses of their own. They began to trade and sell lumber from their native lands and, because of their knowledge of the land and connections throughout the area, they also began to setup freighting routes for the white men. By August 1889, there were 20 tribal teams profiting in the freighting business.

Since the white men could not pronounce the Modocs’ native names, they began giving them English nicknames. The most famous of these nicknames is that belonging to the chief Keintpoos, “Captain Jack,” who would play a significant role in events to come…

Check back soon for part 2! 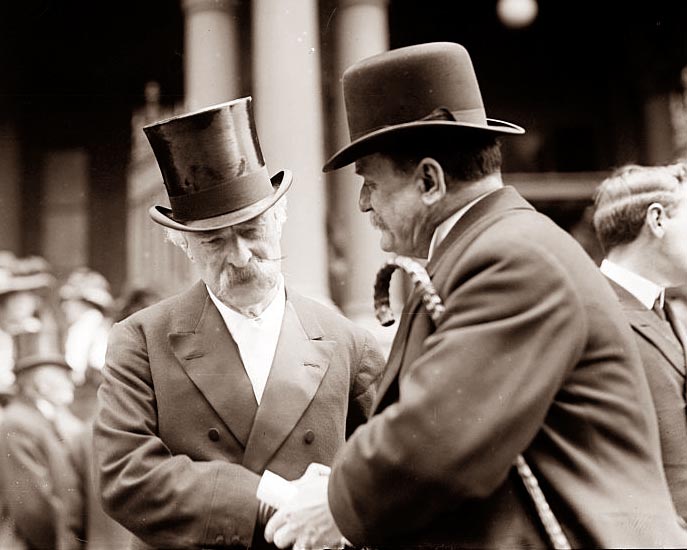 In the late 19th century, the combination of high demand for beef in the eastern United States and the lack of railroads or really any kind of infrastructure in the west was the cause for a unique phenomenon west. The western ranchers in states such as Texas and Wyoming needed to find a way to…

Last Friday I gave a talk about the Battle of the Washita to a group of undergraduate students and because of that I thought I would create a post here about this particularly interesting battle. The Battle of the Washita was a battle that took place in the morning of November 27, 1868. The Seventh....
See all featured articles