There is a really interesting article that I came across about life on the frontier in Washington Territory in and around 1857. The article is an old article that was published in the Harper’s Weekly journal on August 22, 1857. Here is a clip of the article:

The commonly-received notion of Washington Territory makes of it a country wild and rugged, made up chiefly of thickly-wooded mountains and steep ravines, having an unkind climate vibrating between a drizzle and a raw fog, robbed somehow of its due share of fair, vivifying sunshine, and inhabited by Indians the chief end and aim of whose existence is the depriving white settlers of that valuable and ornamental appendage, the scalp. A country, briefly, in every unpropitious to the husband-man and the peaceful trader, and fit goal only for those restless spirits whose mission in life is to “move West.”

Mr. James G. Swan, a plain, broad-shouldered, matter-of-fact man, tells in a volume just published, * a different story. According to Mr. Swan, Washington Territory is exceeded by no part of the Union in fertility of soil, beauty and salubrity of climate, variety of natural productions, or splendor of scenery. Its mountains and plains abound in the choicest timber; its extensive and well-watered prairies have the finest soil in the world; its streams and bays teem with fish of every kin, from the salmon to the herring; and its woods and marshes are alive with every kind of game known to the American sportsman.

The Indians, against whom our Government is now waging a war of extermination, are in reality, according to Mr. Swan, a harmless and easily-guided race, very willing originally to be of service to the white settlers, but goaded on by injudicious management on the part of lawless whites to a bloody retaliation of their wrongs. They have numberless superstitions, of which our author gives an extended and interesting account, live chiefly by the chase and fishery, flatten the heads of their infants, bury their dead in canoes, and live in great fear of the memlose tillicums, or spirits of the deceased. Their doctors cure by mesmerism, and they seem to work upon the principle of “kill or cure,” i. e., kill the physician if he does not cure the patient. Their women have an easier lot than generally falls to the Indian squaw.

Such were the people—peaceable, simple-hearted, superstitious, and easily guided by right-minded men—among whom the early settlers of Washington Territory pitched their tents, and with whose aid they located claims, exported oysters, hooked salmon, and cultivated potatoes and wheat.

You can find the rest on HarpWeek.com 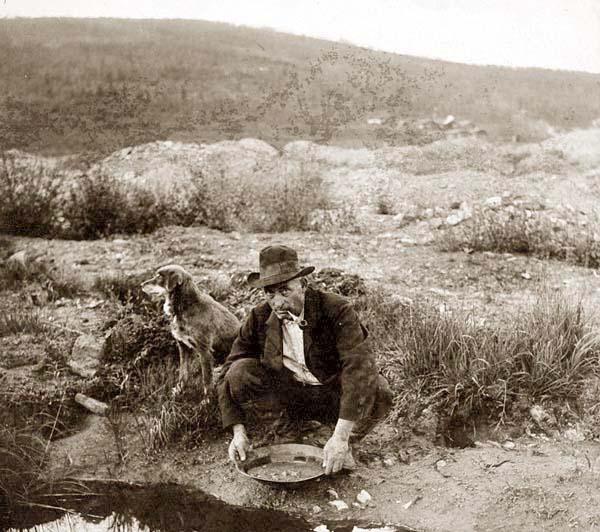