Last photo of Lincoln before his death?

Lincoln seems to be in the news a lot this week. Today CNN is reporting that a new photograph of Lincoln has emerged that is believed to be the last taken before his assassination in 1865. It was discovered in a photo album belonging to General Ulysses S. Grant’s great-great grandson, Ulysses S. Grant VI.

Here is a portion of the article:

NEW YORK (CNN) — An expert on Lincoln photography thinks a photograph found in Gen. Ulysses S. Grant’s family-owned album showing President Abraham Lincoln in front of the White House could be one of the last photos taken of the 16th president before he was assassinated in 1865.

A photo found in Gen. Ulysses S. Grant’s family album is verified to contain an image of Abraham Lincoln.

Grant’s great-great grandson Ulysses S. Grant VI had seen the previously unpublished image in the general’s personal photo album, but didn’t think much of it until he scrutinized it earlier this year.

“I started to think that it might be the White House,” said Grant, a construction business owner from Springfield, Missouri. “Then I started to look at the height difference between the people in the photo.”

Thinking that the towering individual commanding the attention of the other people in the image could be Lincoln — who stood 6-foot-4 and is the nation’s tallest president — Grant called Keya Morgan, a renowned collector and scholar of Lincoln and Gen. Grant photographs, to see whether his suspicions could be verified.

Morgan, who owns the world’s largest collection of Lincoln artifacts and original photographs, persuaded Grant to take the small photo out of the album to see whether any clues could be found on the back — particularly the name of the photographer.

“If you don’t know who the photographer is, it’s like not knowing who your father and mother are,” Morgan said.

Sure enough, the seal of photographer Henry F. Warren appeared on the back, along with an inscription: “Lincoln in front of the White House,” dated 1865. Grant recognized the handwriting as that of his great-grandfather and Gen. Grant’s youngest son, Jesse Grant. Those indicators, along with a revenue stamp used from 1864-66 to raise money during the Civil War, helped convince Morgan that the photograph could be the well-documented missing photo from Lincoln’s last “sitting.”

You can read the here. 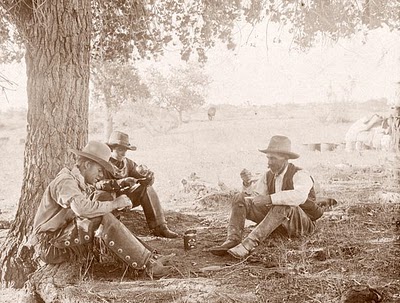 The first part of the new series about mining towns in the Rocky Mountains will begin with Bannack, Montana. Nothing, but a ghost town now, Bannack was the site of a major gold discovery in 1862. The town was founded the same year as a result of the discovery and is named after the local…

The Navajos struck fear into every person living in the American southwest since the first Spanish settlements until the American conquest of the southwest in the mid-nineteenth century. Their raids on the small villages and towns of present day New Mexico and Arizona were constant and were always d...
See all featured articles