It is really quite amazing to read through some of the theories produced during the 19th century about the origin of the Native Americans. As I talked about in my last post, I am currently reading the memoirs of George Custer about his life on the plains and his personal experiences with the Indians.

The second chapter in the book Custer uses to paint a picture of some of the various theories of his time on the origins of the Native Americans. He briefly mentions the most widely accepted theory today: they were migratory groups that followed the game into North America from eastern Asia over a land bridge between modern day Russia and Alaska. A couple of other theories he briefly mentions is that they came directly from Africa and that they are simply autochthonous.

Although he briefly mentions these, he spends most of the chapter discussing and giving proofs for a theory in which the Indians are directly descended from the Hebrews. He argues that scientists during his time period had gathered enough behavioral evidence from the Indians to prove that this theory is the most probable. One such proof was that a scientist studying the origins of the Native Americans “once heard an Indian apply the following expression to a culprit: ‘Tschi kaksit canaba‘ — ‘Thou art like unto a Canaanite sinner.'”1

I find this theory to be quite ridiculous. All of the evidence Custer provides is merely circumstantial and behavioral. I have no way of proving whether or not the translation of the above quote in the Indian language is accurate or not, but I am very skeptical. One hundred and thirty years from now they may be laughing at our theories as well, but I think they are based on much more solid ground that those of one hundred and thirty years ago. 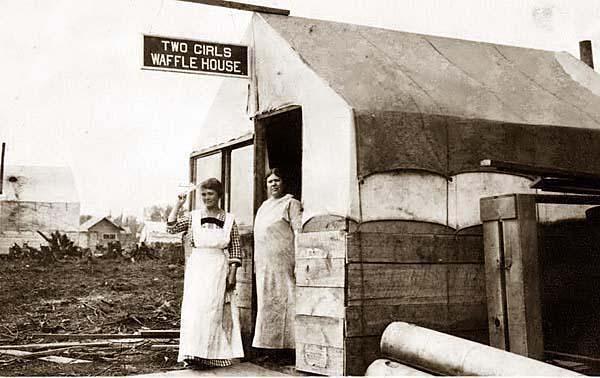 As you’ve already read from the last post, I recently returned from a trip to Missouri. I saw the houses of the James brothers and I also took a day trip down to Springfield, MO and visited the Wilson’s Creek battlefield where one of the first large battles of the Civil War took place. The…

Middle class families, like their upper-class peers, took the interior of their houses very seriously. It was the primary means with which they could put their financial and social status on display for the world to see. As such, interior design was arguably the quickest developing part of the house...
See all featured articles