The day of May 1, 1900 started off as any other ordinary day for the miners in Scofield, Utah. Early in the morning, the men and boys kissed their wives and mothers good-bye as they left for a hard day’s work in the mines. Later in the day was to be festivities celebrating May Day, to which many of the miners were looking forward. None could predict that many of the miners would not live to see later in the day.

At around 10:28 AM, there was a very loud noise that came from mine No. 4 — one of the two mines belonging to the Pleasant Valley Coal Company at Winter Quarters. Many people in the town heard the blast, but thought it was fireworks for the celebration later in the day. Mine employees not working in the mine realized it was something more serious, however. One of the employees was mine superintendent T.J. Parmley who put together a search and rescue party to go into the mines. What the team found was death and devastation.

Although the cause for the explosion is not known for certain, there is speculation that blasting powder exploded and set off a chain reaction when highly explosive coal dust — which the mine was covered with — blew up following the initial blast. When the rescue team got to the entrance to mine No. 4, they found it had been completely blocked with debris. When the entrance was finally cleared, they found the mine to be a death trap. Those who had survived the initial blast were suffocating from the “afterdamp” which consists of toxic gases combined with a lack of oxygen. Miners in adjourning mine No. 1 were not affected to the same degree by the blast, but they soon had to evacuate the mine due to poisonous gases escaping from mine No. 4.

By the end of the day, the body count had reached 200 victims. There were more bodies than available coffins and several had to imported from Denver. Casualties outside the mine itself include workers such as John Wilson who had been at the mouth of the mine at the time of the explosion. Wilson was flung 820 feet and was found lying against a tree.

Special trains were sent from Salt Lake City to retrieve the injured and those whose bodies would be laid to rest elsewhere. William Sharp, the company manager, also came by train from Salt Lake City with several doctors to assist the injured. When President William McKinley received news of the explosion, he wired his condolences:

“I desire to express my intense sorrow upon learning of the terrible calamity which has occurred at Scofield, and my deep sympathy with the wives, children and friends of the unfortunate victims of the explosion.”

The explosion affected everyone in Scofield. There was not a single family who did not have at least one loss. The Scofield mine disaster was the worst tragedy in American history up until that time. Four days after the incident, on May 5, two massive funerals were held in Scofield for the victims: one was a Lutheran service and the other was a Mormon service.

Harry Taylor, a lucky miner who survived with only injuries, recalls,

“I was repairing some track out on the dump when I started toward the mouth of the tunnel to get some tools. I got about fifty feet away from the tunnel mouth when suddenly there was an awful report and at the same time a black cloud, filled with rocks, bore down on me. I felt several small rocks strike me and then I felt a jolt on my side and then – then I came away.

“The next thing I knew I woke with a man pouring some brandy down my throat, and I saw the boys lying all around me moaning for help. We were fixed up and put on the train.” 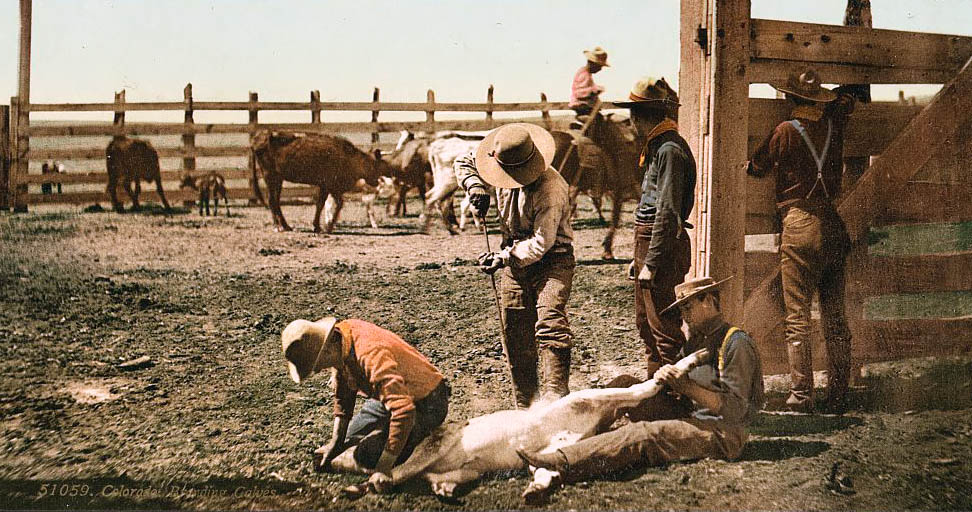 There are many towns throughout the American west which serve as excellent examples of what a mining “boom town” was like. South Pass City, Wyoming is one such town. It is a relatively rare example, however, in that it has survived practically unchanged into the present and as such can b...
See all featured articles