As a student of history, I unfortunately do not have a lot of time to devote to reading fiction books of my choice. If I am reading generally it is either a specifically assigned book or text for a class or a book pertaining to something relavent to my studies (such as Der Dienst by Reinhard Gehlen which pertains to my most recent research project). Occasionally however, I am able to get a little bit of fictional reading in now and then and when I do, my favorite author is Mark Twain.

The reasons behind this are simple: not only is the man a great humorist, but most of his books takes place in my favorite time period, the 19th century. To me, Twain provides a fascinating view on 19th century culture and life that standard textbooks or academic journals cannot even touch because he was actually there, writing stories about everyday life with the careless ease of someone who does not have to critically examine details because he has experienced the times his whole life. I think that says something that modern scholars can’t even come close to because they weren’t there.

Twain covers several different countries during the 19th century including the American western frontier in Roughing It, Germany, Switzerland and Italy in A Tramp Abroad and Spain, the Christian holy land and northern Africa in The Innocents Abroad. He also gives us his usually witty and smart-aleck interpretation of what’s going on and of the different areas. Of course, the reader does have to take into consideration that quite a bit of each story is in fact fiction; however, the fiction was made up within the confines of Twain’s 19th century mind and travels.

For those of you who are interested in reading some of Mark Twain’s collection, I recommend the following two books:

They are by far my favorite as they deal with my two favorite parts of the world: the American western frontier and German-speaking Europe. They also, needless to say, take place in the mid-19th century.

For more books I recommend from Mark Twain, visit the fiction section of the History Rhymes store. 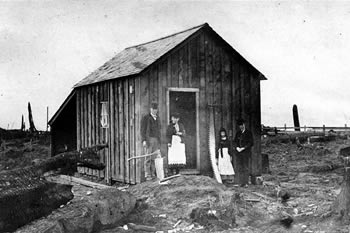 Life on the cattle trail in the late 19th century was often monotonous and boring, however, there were also times that were quite exciting and dangerous. Chief among the many dangers that the cowboys had to face on a regular basis were Indians, thieves and stampedes. Indian raids were certainly among the most prominent concerns…

Last Friday I gave a talk about the Battle of the Washita to a group of undergraduate students and because of that I thought I would create a post here about this particularly interesting battle. The Battle of the Washita was a battle that took place in the morning of November 27, 1868. The Seventh....
See all featured articles