Joshua A. Norton is a little known figure in American history. He was the first and only self-declared emperor of the United States of America. He styled himself as His Majesty, Emperor Norton I. Most of his contemporaries understandably branded him as crazy, unstable and as having gone off the deep end. Although the majority of people ignored his fantasies, many of the local establishments and friends humored him to the extent that he was, in a way, able to carry out his duties as “emperor.”

Norton was born circa 1819 in England. After having spent most of his childhood in South Africa, he emigrated to the United States in 1849 where he worked as a businessman. He lost the small fortune he had acquired through business after investing in rice from Peru. At that time there was a famine in China. When China stopped exporting rice, it caused the price of rice to skyrocket in San Francisco. Norton’s idea was to buy cheap rice from Peru and corner the market. Subsequently, he purchased an entire ship full. However, this backfired when several more ships full of rice arrived in San Francisco, causing the price of rice to plummet to unprofitable amounts.

The investment caused Norton to declare bankruptcy in 1858 and leave the city for a while. Upon his return, he began to act eccentrically. He was rather disgruntled with the establishment in the United States and decided to take matters into his own hands by declaring himself “Emperor of these United States” in a letter which he distributed to several newspapers in San Francisco:

At the peremptory request and desire of a large majority of the citizens of these United States, I, Joshua Norton, formerly of Algoa Bay, Cape of Good Hope, and now for the last 9 years and 10 months past of S. F., Cal., declare and proclaim myself Emperor of these U. S.; and in virtue of the authority thereby in me vested, do hereby order and direct the representatives of the different States of the Union to assemble in Musical Hall, of this city, on the 1st day of Feb. next, then and there to make such alterations in the existing laws of the Union as may ameliorate the evils under which the country is laboring, and thereby cause confidence to exist, both at home and abroad, in our stability and integrity.

NORTON I, Emperor of the United States.

With this letter, he began what would be a twenty-one year “reign” of the United States. Later, he would add “Protector of Mexico” to his title.

During his time as “Emperor,” Norton issued many decrees — the vast majority of which were simply ignored. On October 12, 1859, he issued a decree which dissolved the United States Congress and, when Congress ignored his order, he ordered the military to arrest and prosecute members of Congress as traitors. He would attempt to battle the elected officials of the American government throughout his entire reign — including the abolishment of the Democratic and Republican parties. Eventually, however, he was forced to “accept” the existence of Congress and all other parts of the government.

Although the majority of his decrees were simply ignored, there were a few of them which, albeit well after his death, came true. One such decree was to build a bridge and/or dig a tunnel across the bay which would connect San Francisco with Oakland. Both of these projects were realized in the 1930s.

Despite Norton’s eccentric behavior and the fact that he did not have any actual power or political influence, he was loved by the people of San Francisco. He was broke and yet often dined at the finest San Francisco restaurants whose owners often hung up a brass plaque outside their establishment which symbolized that “the Emperor of the United States” had eaten or frequently ate there. Many theatrical productions would reserve a balcony seat for Norton and be honored by his visit to the performance.

The city of San Francisco itself even paid tribute to him in their own way. Among other things was the replacement of his navy-blue military uniform when his old one began to look shabby. Norton issued his own currency to pay for his debts which was often accepted as legal tender. At one point, he was arrested on the charge of being mentally unstable. This caused such an uproar among the citizens of San Francisco that the Chief of Police ordered him released and formally apologized to him, saying that “that he had shed no blood; robbed no one; and despoiled no country; which is more than can be said of his fellows in that line.” From then on, police officers saluted to Norton whenever they encountered him.

On January 8, 1880, Norton collapsed in front of Old St. Mary’s Church. Before medical help could arrive, the Emperor had died. His obituary in the San Francisco Chronicle was published under the headline “Le Roi est Mort” (“The King is Dead”). His grave, which lies in Woodlawn Cemetery, is inscribed with “Norton I, Emperor of the United States and Protector of Mexico.” 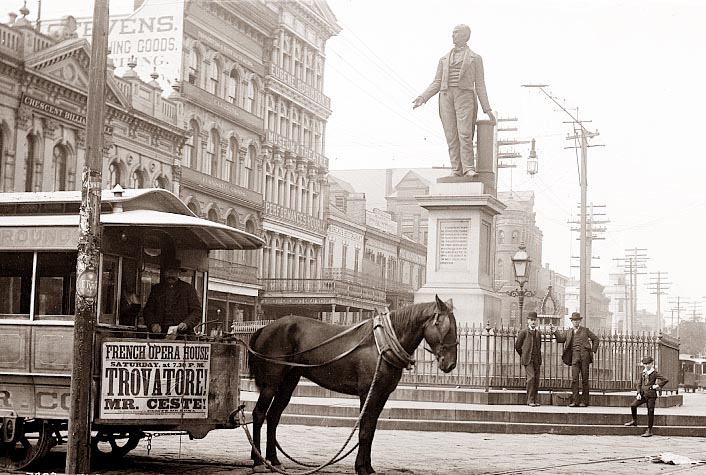 The Johnson County War has gone down in history as one of many Wild West legends about range wars. Some accounts claim various famous gun slingers like Jesse James were involved, however, this was certainly not the case. The real range war occurred in April 1892 and was the result of tensions, brewing between small…

Germany in the nineteenth century was a place of unimaginable political unrest. The collapse of the Holy Roman Empire at the beginning of the century set the precedent for how the political scene of most of the rest of the century would play out. It would be chaotic, unnavigable and yet somehow the ...
See all featured articles