The Johnson County War has gone down in history as one of many Wild West legends about range wars. Some accounts claim various famous gun slingers like Jesse James were involved, however, this was certainly not the case. The real range war occurred in April 1892 and was the result of tensions, brewing between small and large ranchers in Wyoming, finally reaching a critical point.

In the western territories and states of the late nineteenth century, conflicts over land and cattle were not an uncommon occurrence. In Wyoming, the biggest concern of many large ranching operations was the issue of cattle rustling. To prevent this, they took several different preventative measures. Some of the commons ones included forbidding employees from owning their own cattle and harsh punishment of suspected cattle rustlers — many of whom were small ranchers.

Although already bitter, relations between the large ranchers and small ranchers took a turn for the worst after the harsh winter of 1887-1888. Many cattle died with temperatures of -40 to -50 degrees Fahrenheit common during that season. This harsh winter was preceded by a very hot and dry summer. The larger ranchers took action in their own interests and began to control water flow and forcefully remove small ranchers from their properties.

In 1892, the WSGA took extreme action against the smaller ranchers and their association. They hired a group of twenty-three gunmen from Paris, Texas led by Frank Wolcott and four cattle detectives from the WSGA. This group of men was supposed to serve a dual purpose: killing suspected cattle rustlers and eliminating the NWFSGA. Others associated with the WSGA also joined, eventually making a total 50 men who were to perform these tasks. They were led by Frank Canton, a former sheriff of Johnson County.

The group of men who invaded Johnson County.
Source: Wikipedia

The first target by the gunmen was a small rancher by the name of Nate Champion who was very active in the organization of an association of small ranchers to compete with the WSGA. His ranch, the KC Ranch, became the first battleground of the Johnson County War. On the night of April 8, 1982, the group traveled to Nate’s ranch and waited until daybreak. Two travelers who were staying overnight at the KC Ranch were the first victims when emerged from the house to get water. They were promptly shot. A third traveler, Nick Ray, was shot while standing in the door of the cabin and he died a few hours later.

Nate Champion remained inside the cabin for some time, all the while keeping a detailed journal. Eventually the group set fire to the cabin, forcing Nate out. They immediately gunned him down, pinning a note to him which said “Cattle Thieves Beware.” Two passer-byers noticed the commotion and a local rancher, Jack Flagg, rode to Buffalo, Wyoming to report it. There the sheriff and a posse of 200 men were gathered set out the next day on the trail of the WSGA group.

The sheriff and his posse finally caught up to the WSGA group at the TA Ranch on April 11, 1982 — two days after Nate Champion was murdered. The WSGA group took shelter in a stable (see image at the top). Three of the WSGA men were killed when trying to escape while another was successful and contacted the acting Governor of Wyoming the next day. After attempts to save the WSGA group, the acting Governor telegraphed President Benjamin Harrison for help on April 12, 1892. The telegraph, which was published in The New York Times on April 14th, read as follows:

About sixty-one owners of live stock are reported to have made an armed expedition into Johnson County for the purpose of protecting their live stock and preventing unlawful roundups by rustlers. They are at ‘T.A.’ Ranch, thirteen miles from Fort McKinney, and are besieged by Sheriff and posse and by rustlers from that section of the country, said to be two or three hundred in number. The wagons of stockmen were captured and taken away from them and it is reported a battle took place yesterday, during which a number of men were killed. Great excitement prevails. Both parties are very determined and it is feared that if successful will show no mercy to the persons captured. The civil authorities are unable to prevent violence. The situation is serious and immediate assistance will probably prevent great loss of life.

President Harrison responded by ordering the United States Secretary of War Stephen B. Elkins to address the situation. Elkins sent out the Sixth Calvary who were stated at Fort McKinney, a short distance from Buffalo, to intervene. The Sixth Calvary reached the TA Ranch on April 13th and both the sheriff’s posse and the WSGA group surrendered to the calvary detachment.

Although the situation was resolved, tensions continued to run high for many years. A good description of some of the chaos which ensued can be read in this New York Times article which was published on April 23, 1892. The WSGA group was imprisoned after the standoff at TA Ranch, but the members were never tried and all of them were released shortly after their arrest. 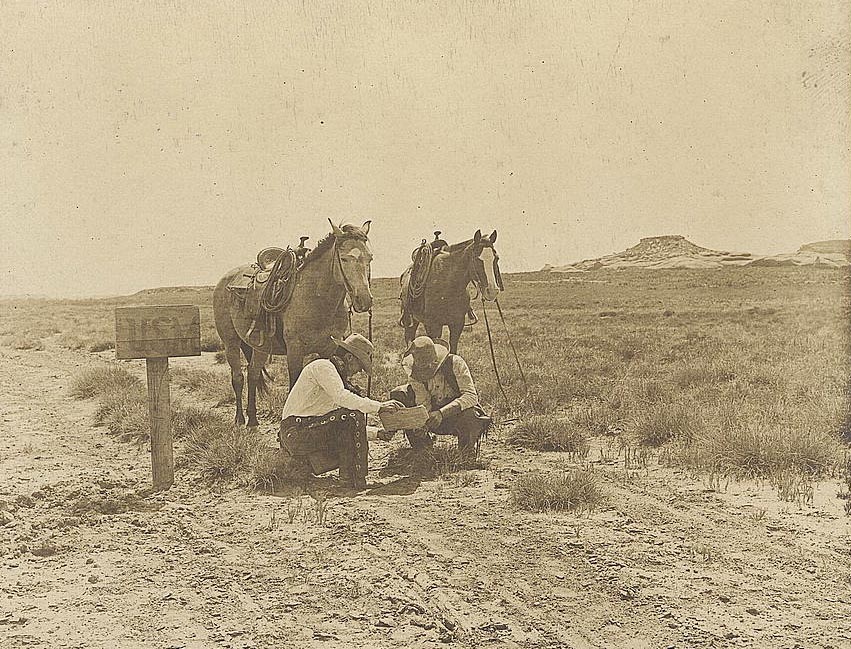 As you’ve already read from the last post, I recently returned from a trip to Missouri. I saw the houses of the James brothers and I also took a day trip down to Springfield, MO and visited the Wilson’s Creek battlefield where one of the first large battles of the Civil War took place. The…