Bannack, MT in the late 1800s.
Source: Legends of America

The first part of the new series about mining towns in the Rocky Mountains will begin with Bannack, Montana. Nothing, but a ghost town now, Bannack was the site of a major gold discovery in 1862. The town was founded the same year as a result of the discovery and is named after the local Bannock Indians. The town officially received its name with the establishment of the post office on November 21, 1863, however, when the name was submitted to Washington DC, the final ‘o’ was mistaken for an ‘a’ and therefore it is Bannack instead of Bannock.

Gold was first discovered on July 28, 1862 by John White and other members of the “Pikes Peakers” from Colorado in the creek where the town currently stands. What followed was one of the largest gold mining rushes to happen in the west since the California gold rush of 1848. By October of the same year, over 400 miners populated the new mining camp that was to become Bannack.

Many people came to Bannack with gold fever, but most did not strike it rich in mining. In fact, many people who came to Bannack, like many other mining towns, ended up profiting from other sources and other miners. One such example was a physician by the name of Dr. Erasmus Darwin Leavitt. Among one of the town’s founders, he gave up his medical practice in New Hampshire in 1862 to prospect for gold in Bannack. He quickly found it was more profitable to give up his mining dreams and practice his trade in Bannack taking care of the residents there. His story is typical of many who came west looking for fortune.

The town was not without its drama. The sheriff, Henry Plummer, was accused by some of leading a gang which were responsible for over a hundred murders and robberies around the west. The town was divided as to whether or not Plummer was guilty. Despite this, he was hung by a group of vigilantes from the very gallows which he himself had built on January 10, 1864.

At its peak, there were about three thousand residents who lived in Bannack, although sources vary as to the exact number. The town mostly comprised wooden buildings built out of logs, however, many of them, as is typical of many nineteenth century western towns, had false fronts. In the town, there were three hotels, three bakeries, three blacksmith shops, two stables, two meat markets, a grocery store, a restaurant, a brewery, a billiard hall, and four saloons.

By May, 1864, the town had grown large enough to become capital of Montana Territory. It lost its title as capital, however, only two years later in 1866 to Virginia City.

The early twentieth century saw the end of the once bustling mining town. Most people had abandoned Bannack by the 1930s and, by the 1940s, the town had essentially become a ghost town. The Montana Department of Fish, Wildlife and Parks saved the town, however, by turning it into a state park on August 15, 1954.

The last residents finally left the town as late as 1970. All that remains now is a wooden shell of its former glory. The town has been made into a state park and is visitable as a tourist attraction today. Take a look at Bannack’s website for more details on visiting. 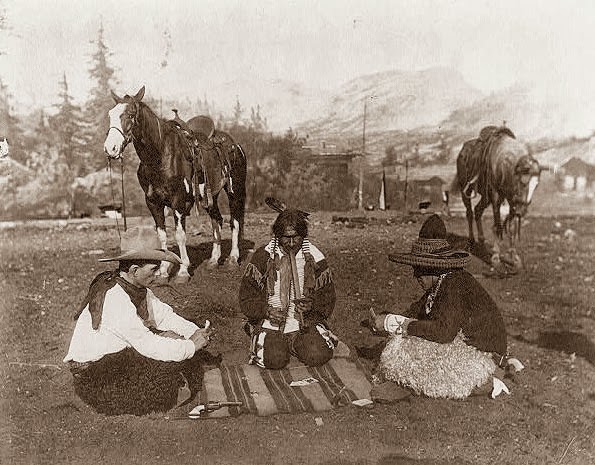 There are many towns throughout the American west which serve as excellent examples of what a mining “boom town” was like. South Pass City, Wyoming is one such town. It is a relatively rare example, however, in that it has survived practically unchanged into the present and as such can b...