The story of Prince Luitpold and how he came to power is a rather tragic one. Although Prince Luitpold was never actually king of Bavaria, he reigned in place of his nephew, King Otto I, who was declared insane and unfit to rule even before inheriting the throne after the death of his older brother, King Ludwig II. Luitpold was proclaimed prince regent after Ludwig was deposed and remained so until his death in 1912. Despite the shady circumstances that brought Luitpold to power, his oversight and discipline brought stability and prosperity to Bavaria and his rule is viewed by many as the golden age of nineteenth-century Bavarian history.

Luitpold Karl Joseph Wilhelm Ludwig was born on March 12, 1821 in Würzburg and was the third son of King Ludwig I. He was the younger brother of both King Maximilian II Joseph of Bavaria and King Otto I of Greece. As a child, his father favored him greatly over his siblings, presumably because he was not expected to inherit any throne and was therefore less complicated to raise.

Prince Luitpold joined the Bavarian Army at the age of fourteen and was promoted by his father to Captain of the Artillery in 1835. By the end of his military career, he had reached the rank of Major General. During the Lola Montez Affair and the Revolution of 1848, he served as mediator at an audience between a delegation of the discontented population and his father, the King. Although this did not have any significant impact on the outcome of the revolution, it did show the King just how discontented the population was and indirectly led to his abdication of the Bavarian throne later that year.

On April 15, 1844, Luitpold married the Austrian Archduchess Auguste Ferdinande of Austria, daughter of Leopold II, the Grand Duke of Tuscany, in Florence, Italy. The couple met on one of many of the Prince’s trips abroad. Ludwig I was initially opposed to the marriage, but eventually gave in. Together the Prince and the Archduchess had four children: Ludwig (the future King Ludwig III), Leopold, Therese and Arnulf. The Archduchess died early of pulmonary tuberculosis at the age of 39. Luitpold never remarried.

After Ludwig I’s abdication, Luitpold’s other brother, Maximilian, became king. During his brother’s reign (1848-1864), Luitpold largely stayed out of politics and did not play any significant role in state affairs. He was initially heir presumptive to the Greek throne, but after his brother was deposed in 1862, he never pursued this claim.

Prince Luitpold on his 90th birthday in 1911
Source: Wikipedia

Things did not get interesting until after Maximilian’s death in 1864, when Luitpold’s nephew, Ludwig II, ascended the throne of Bavaria. Throughout his reign, Ludwig II spent increasingly more time away from the Bavarian capital of Munich and therefore away from the business of politics. This meant that Luitpold was forced to step in and represent his nephew in the government. He also played a significant role in the wars of this period. During the Austro-Prussian war in 1866, Luitpold was commander of the 3rd Royal Bavarian Division and represented Bavaria in the German General Staff during the Franco-Prussian War in 1870-1871.

It was in this role that, on December 3, 1870, he delivered the so-called Kaiserbrief written by Ludwig II stating his support for the creation of the German Empire with the Prussian King Wilhelm I as Emperor. As representative of Bavaria, he and Ludwig’s younger brother, Otto, were present in Versailles for the proclamation of Wilhelm as German Emperor.

On June 9, 1886, Ludwig II was declared unfit to reign and Luitpold was made regent a day later. Whether he played a role in the Bavarian government’s decision to declare Ludwig II unfit to reign is still a controversial topic and has not been conclusively proven either way despite there being many conspiracy theories about it. Ludwig II was found dead in Lake Starberg on June 13th and his younger brother, Otto, succeeded him as king. As Otto had already been diagnosed as mentally unstable and was therefore not able to take over his royal duties, Luitpold remained regent, practically becoming king in all but name.

The Prinzregentenzeit, or “prince regent’s time”, has become known as a period of stability and economic prosperity in Bavaria’s history. Luitpold primarily played a passive role in politics and state affairs, preferring to allow the government to function on its own accord while still fulfilling his duties and obligations. It marked a period where the interests of the German Empire led by Prussia trumped those of Bavaria and because of this relations between the two states remained cold. The arts in Bavaria also prospered during this time period as Luitpold was a lover of art and therefore spent a lot of his time and effort into supporting this sector. He was famous for making unannounced visits at young and unknown artists’ studios which would frequently lead to publicity and funding for them.

Luitpold reigned as regent for 26 years until his death on December 12, 1912 at the age of 91. After a long trip through the English Garden in Munich on December 10th, he became ill with a high fever and was diagnosed with bronchitis on December 11th. He died the next day at around 5 am and is buried in the crypt of the Theatinerkirche in Munich. His son, Ludwig, succeeded him as prince regent as Otto was still alive and king. Ludwig would go on to become king himself in circumstances that would lead to the unspectacular fall of all German monarchies after the First World War. 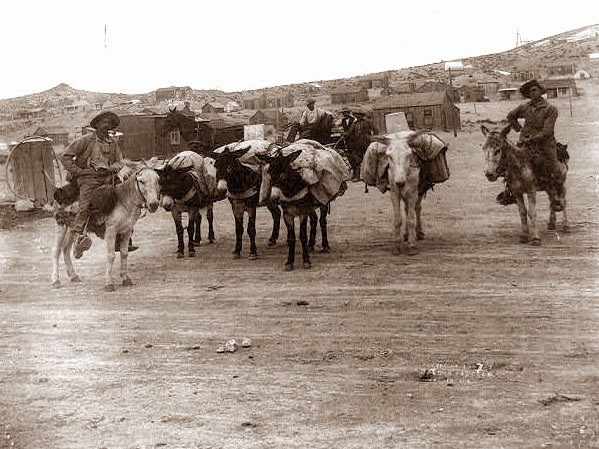 As my research has recently taken me in a new direction, I’ve decided to start a new multi-part series about it. For my dissertation, I will be researching the relationships between the Bavarian aristocracy and monarchy in the nineteenth century. The Kings of Bavaria will feature all of the Bavarian kings which ruled between the…