Less than ten years after the fall of the Holy Roman Empire and after Napoleon was sent into exile after his defeat by the British, a congregation of monarchs and statesmen gathered together in Vienna in order to restructure Europe. This congregation is known as the Congress of Vienna. Beginning in the fall of 1814 (the exact date is disputed between various sources) and ending in June 1815, the Congress of Vienna was attended by leading men such as the Austrian Chancellor Fürst Metternich, Russian Tsar Alexander II, British Foreign Minister Viscount Castlereagh, Prussian Chancellor Fürst von Hardenberg and a French representative named Talleyrand.9 Europe would be divided much the same way it was before Napoleon’s crusading, such as Austria being restored to its former borders, but with a few important differences. Prussia was allowed to annex Saxony, the Rhineland, Westphalia and West Pomerania, although the Kingdom of Hanover still retained its personal ties with Britain and remained sovereign.10 Thus began what is known as the German Confederation.

Confederation of the Rhine 1806.
Source: Wikipedia

Founded on June 8, 1815, this new confederation was intended to politically unify many of the German-speaking semi-sovereign states to some degree. It comprised thirty-five principalities and four free cities which were represented by a Bundesversammlung, or a Federal Convention, which was essentially a forerunner of the modern German Bundestag.11 Taking the place of the Confederation of the Rhine, the German Confederation shifted the balance of power to Prussia which was named head of the confederation.12 Although Prussia officially was the head of the confederation, the Austrian Chancellor Fürst Mitternich exercised a tremendous amount of power which played a vital role in the later outburst of the Revolutions of 1848 and 1849. Three years after the founding of the German Confederation, a very important piece of legislation was passed which would unify the German states even more. This was to become known as the Deutscher Zollverein.

The German Customs Union, or Deutscher Zollverein, essentially unified many of the German-speaking states through a union of customs. The idea behind the Union was to make trade between the German states much easier. This was done by rationalizing the customs system between the states and integrating them through customs.13 Established in 1818 by Prussia, it was “the single evocative and large event in the entirety of German politics of this decade.”14 Austria, however, did not belong to it, leaving Prussia with a serious economic advantage which helped to strengthen its position as leader in the German-speaking world. The Deutscher Zollverein become an integral part of the German Conferdation which existed in a period known as the Restoration Period.

The Restoration Period was a point in nineteenth century German history which would have extreme consequences for Germany. It was a period in which the government tried to reestablish the lost Holy Roman Empire under Prussia and Austria. During this time, the rise of nationalism, the idea of democracy and the desire of the German people to have basic freedoms such as freedom of speech and press all began to be seeded and nurtured in the German mindset. To counter these liberal thoughts, the government under the leadership of Prussia and Austria began to reform the law which led to oppression, censorship and even less rights for the people and the individual states within the Confederation. An important event during this time is the Carlsbad Conferences which took place August 6-31, 1819.15

At these conferences, a series of decrees were issued which led to even more oppression. Prussia, Austria and eight other states came together and, led by Austrian Chancellor Fürst Metternich, established measures designed to undermine the nationalist and liberalist movements which were beginning to form.16 The decrees, known as the Carlsbad Decrees, or Karlsbader Beschlüsse in German, took effect on September 20, 1819. They introduced strict censorship on newspapers, magazines, books, etc, they banned student fraternities (Burschenschaften) which were focused on nationalism and liberalism, they allowed for measures which would keep professors and students under a close watch at all times and they setup a committee based in Mainz which would investigate and prosecute enemies of the state.17 These events combined with other outside forces eventually led to a gathering of activists some years later known as the Hambach Festival.

This festival was a congregation of free-thinking people from all over the German-speaking world who came together to protest censorship and oppression, to campaign for more rights and to promote a free and unified Germany. Democracy was also promoted.18 Taking place from May 27th until May 30th, 1832, roughly twenty-thousand to thirty-thousand people attended making it “the biggest mass event in Germany before 1848.”19 This massive event took place at the ruins of the Hambach Castle and was led by two journalists, Wirth and Siebenpfeiffer, who began a press campaign against censorship and the princes and their governments in Germany.20 The event drew inspiration from the July Revolution of 1830 in France which had also promoted freedom and unity.21 Naturally there were consequences for both the government and the activists to this gathering. Several smaller yet similar gatherings took place afterwards all over Germany. Metternich, on the other hand, enraged by this event, put into place legislation which fully suppressed the freedoms of press, unity and congregation.22 These oppressive acts would have a direct effect as to how the events in 1848 would pan out.

The fall of the Holy Roman Empire had drastic consequences for Europe and especially for the German-speaking world. Although after Napoleon’s defeat, Germany and Austria came together under the German Confederation, not all was well within these states. Political unrest and new nationalist and liberalist movements combined with fierce resistance by the government helped brew a nasty revolution which would explode in 1848.

The next part of the series is Revolution in Nineteenth Century Germany (1848-1849). 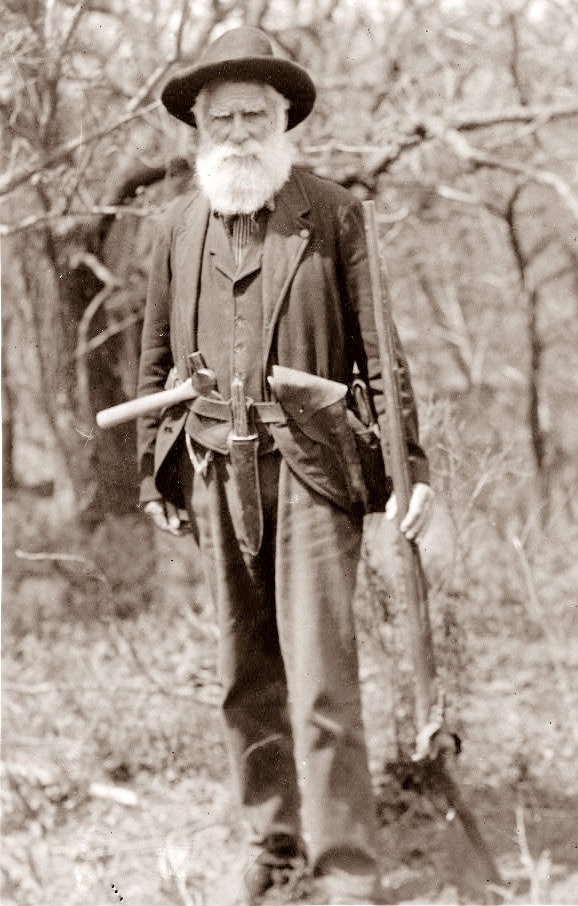 When gold was discovered in California in 1848, it caused a mass-migration of prospective miners to the west. Unfortunately at that time, the US government had very few mining laws, practically none of which were effective, and without a significant presence in the newly-acquired state of California, there was no good means with which to…