The image of the American cowboy as we perceive it today was created in the 19th century, particularly in the postbellum period, or the period after the Civil War. After the war, many soldiers from both the Union and the Confederate sides had difficulties finding jobs in the east despite the South’s infrastructure laying in ruins and the process of Reconstruction just beginning. Freed slaves were also seeking opportunities to take advantage of their newly won freedom and many of them found it in the west.

Large herds of cattle and the promise of a new start away from the memories of the war drove many people west. Jobs were easy to come across as large cattle ranches were founded in Texas, among other places, and cowhands were needed to keep the cattle in line before the invention of barbed wire fencing. The easiest way to perform this task over the arid span of the vast ranches was the tried and true method of the horse-mounted Mexican vaqueros.

The vaqueros, and subsequently the American cowboys, used practical tools and clothing for their jobs. Examples that we are all familiar with today include the wide-brimmed cowboy hat, which was used to block the sun, rain and other elements, the bandana, which was used to cover their mouths and to avoid inhaling the huge amounts dust kicked up by cattle, and leather chaps, which were used to protect the cowboys’ legs when spending long hours in the saddle. The typical leather boots worn by the cowboys had a pointed tip, a tall top and high heel. They had a pointed tip to allow for easy entry into the stirrup, the tall top was to protect the lower leg where the chaps were their weakest and the high heel was the prevent the foot from slipping through the stirrup when standing. Other tools such as the lariat, spurs and the branding iron were also common. The lariat was used to rope cattle while mounted on a horse, the spurs were used for better control of the horse while the cowboys’ hands were busy with the lariat and the branding iron was used to burn an identifying mark on the cattle so others knew they belonged to a specific ranch and/or rancher.

Cowboys were also needed in the west to bring the cattle to market. Ranchers in the west tried their best to meet the high demand for beef in the eastern states, however, the infrastructure in the west was almost non-existent in the 19th century, which meant the cattle had to be driven on foot to the nearest railroad head. The cattle drive was born and the legend of the heroic cowboy was soon to follow. 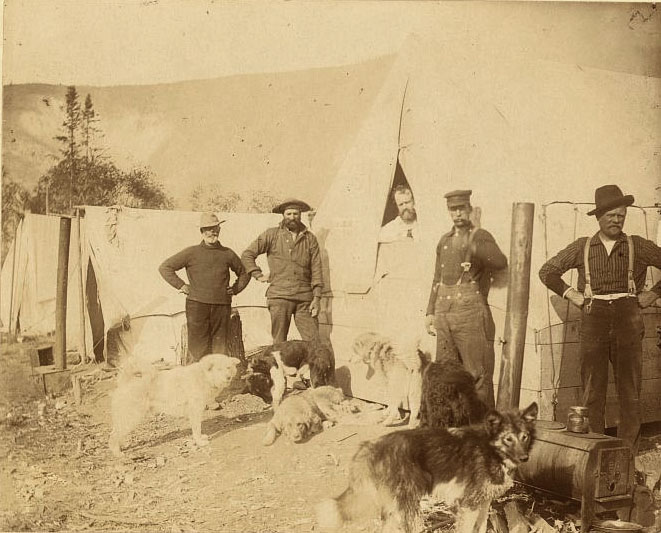